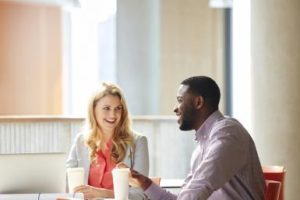 Since the reason for my professional existence is to help companies build great teams, I wanted to share some thoughts on how to make interviewing more effective.

First of all, here are the basic objectives of the overall interview process:

The types of questions asked and the depth of the questions will be determined by the purpose of the interview on the company’s part – whether a screening interview (to ascertain initial overall fit) or a selection interview (to determine whether to make an offer).

Many of my clients want as many people on the team as possible to meet with a prospective candidate. This is understandable given that most of my clients are startups. The impact that one person makes on a team of 10, or even 50 is much different than on a team of 500.  The dynamics of how the team works together can make all the difference to success.

The more people involved in the interview process, the more that can go wrong. That’s just the way it is. However, with planning and preparation, any interview will have more meaningful results. This is even more important when multiple players get involved in the process.

In situations where the CEO or other hiring executive involves multiple team members in the interview process, the hiring decision may be based on what happens in these team member interviews. From the other side, many times, no matter how much the candidate loves the potential boss or the company, it is during these “team interviews” that something will go awry and the candidate will decide that he or she does not want the job. I’ve seen many times where this decision might have gone a different way if this part of the process had been planned or managed better.

Not All “Interviews” Are Interviews

Some meetings with team members won’t really be “interviews” but rather an opportunity for the team members to feel a sense of buy-in and inclusion in the process  and for the candidate to be exposed to members of the team to gauge their own fit.

One of the main problems I see is that too much pressure is placed on team members to feel like they have to assess the candidate when they are not really equipped to do so.  The result is a stilted, awkward encounter with unnecessary questions and artificial results, rather than two great people having the opportunity to get to know each other better.

So my first piece of advice is to lighten up those interviews with potential peers or others in the company who won’t really evaluate the candidate’s performance if the person joins the team, or who are not equipped to assess the person’s competence. Don’t even call it an interview – call it something more descriptive such as a “get acquainted conversation.” This doesn’t mean it is a “throw away.” Valuable insight can be gained and the two people involved can get a better sense of what it might be like to be co-workers.

After this brief introduction, this is a good time for the team member to ask, Are there any questions I can answer for you?

A rule of thumb in interviewing is that you learn as much about the candidate by the questions asked as you learn from the answers given. However, don’t judge a candidate too harshly if they seem to have run out of questions after meeting five people.

The team member will also ask the candidates questions that relate to how the candidate will interact with his/her role or team and/or a general culture question. A couple of questions should suffice unless additional questions come up as a natural part of the conversation.

The person making the hiring decision should be the one to debrief the team member following the get acquainted meeting, asking questions that are more open ended.

Rather than “Do you think she is a fit?” — instead questions such as: 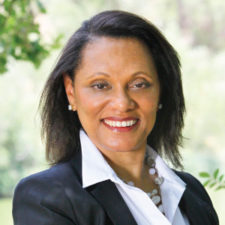